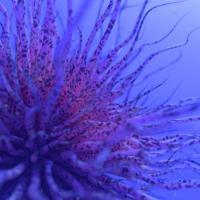 Any ideas on how to get a cratered moon-like surface?