Hello.   Since Houdini 12.5 and the addition of the cvex_bsdf() function the user base is no longer restricted to the confines of Phong and Blinn.  While these models are tried and true over the pas 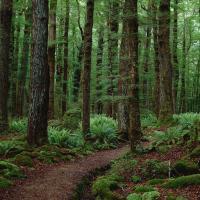 Jim is the shit.   Just wanted to share a few test renders using his Disney (cvex) shader. I've been working on a nice little otl wrapper for Jim's work, just something to quickly accept texture pat

Really interesting presentation of a paper about Multiple-Scattering Microfacet BSDFs