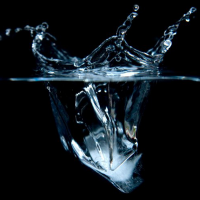 Overlay network editor would be nice to have built-in in H19 or 20 I have been using it for more than 2 years in production, so the video I initially uploaded is severely outdated. Will update o

We have a default biped, actually a few. What about the same for vehicles? A default, car character/rig, and semi-truck with a trailer. Use those new vehicle assets in a self tool for the Crowd s

Statistically improbable until you factor in a pandemic! Houdini 19 is coming out this Halloween season! TM data analysis says it should have been here this summer based on years of old...